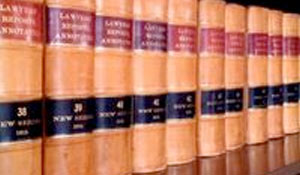 The term "Nevada statutes" refers to written laws passed by the Nevada legislature.  Statutes set forth general propositions of law that courts apply to specific situations.  A statute may forbid a certain act or require a certain act.

A statute begins as a bill proposed or sponsored by a legislator.  If the bill survives the legislative committee process and is approved by both houses of the legislature, the bill becomes law when it is signed by the governor.  When a bill becomes law, the various provisions in the bill are called "statutes."  These statutes are published in book form and are available at law libraries and online.

Statutes are not static and irreversible.  A statute may be changed or repealed by the legislature, or it may be overturned by a court.

CAUTION!  The Civil Law Self-Help Center does not maintain the statutes available via the links below.  Periodically, statutes are "amended" (changed) by the Nevada Legislature.  Those amendments are not incorporated immediately into the statutes linked to here.  Most statutes are followed by a parenthetical notation that gives some information about the statute's history and any amendments.  Sometimes, however – especially following a meeting of the Nevada legislature – it can be difficult to tell whether the statute you're looking at is current.  You can research amendments on the Nevada Legislature website or at your local law library (see the links below).

You might also find information relating to Nevada Statutes on the following websites or at your local law library or on its website.  Click to visit Law Libraries.