During the COVID-19 crisis, the Civil Law Self-Help Center is available to assist you via phone and email. Call us at 702-671-3976 or email us at clshcinfo@lacsn.org. For more information related to COVID-19– click here. 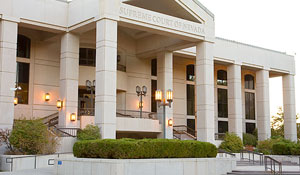 The Nevada Supreme Court is the highest court in the Nevada judicial system.

In many cases, the Nevada Supreme Court corrects error or affirms the law by issuing written "opinions" giving its reasons for the decisions.  These opinions, which interpret the law and define statutes, are a major source for the laws that govern Nevada.  The opinions of the supreme court are published annually as the Nevada Reports, which can be found in most local law libraries.

Court procedure in the Nevada Supreme Court is governed by the Nevada Rules of Appellate Procedure.